The word ’hyggelig’ comes from a Norwegian word meaning “well-being.” It first appeared in Danish writing in the 18th century and has been embraced by the Danes ever since.

But what is hyggelig?

It’s complicated. but explaining and showing hyggelig is what the Hyggelig Smushies Team set out to do, so let me try.

Hyggelig refers to a feeling, mood, atmosphere and spirit. It contains something pleasant, relaxed, safe, comfortable and recognizable.

Hyggelig is usually inadequately translated as “coziness.” This is too simplistic: coziness relates only to physical surroundings — a jersey or a warm bed — whereas hyggelig has more to do with people’s behavior towards each other. It is the art of creating intimacy: a sense of camaraderie and contentment rolled into one. Perhaps, while also being in cozy surroundings. Confused? 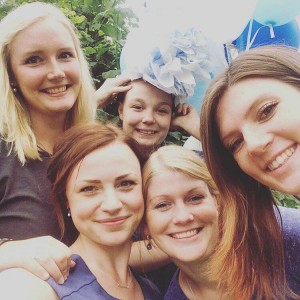 Having a hyggelig time with the best girlfriends.

Furthermore, hyggelig often involves food, candy or snacks, and the word is also used in combination, e.g. Christmas-hyggelig; there is no Christmas without the traditional food, cookies and confections, which are all important parts of Christmas-hyggelig. 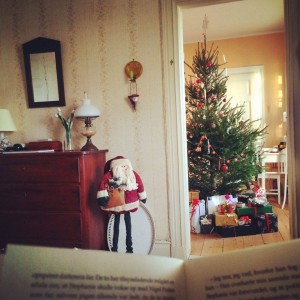 Being Christmas-hyggelig with a good book, cookies and a beautiful view of our Christmas tree.

Being hyggelig or having a hyggelig time might seem overwhelming, as the concept alone is so difficult to explain. But actually, it’s quite the opposite. There aren’t any rules to being hyggelig.

This is probably also the reason why it is so difficult to define – hyggelig is what you make of it.

I’ll be teaching you about hyggelig with biweekly posts; In smushi-size bites.